Despite the chilly March temperatures, the quality and the prices at the St. Jacobs Progeny Celebration held on the 16th sale were hot! The sale averaged $6,211 on 116 lots, with Holsteins averaging $6,674 and Jerseys averaging $4,010. These prices are a true testament to the quality found at the sale and through the genetics of the STJ lineup.

Lot 1 topped the sale – Kingsmill Ashlyns Annisa-ET, VG-89 at 2-08. Consigned by Gene Iager and Triple T Holsteins of North Lewisburg, Ohio, this DESTRY*RC senior three-year-old from Tri-Day Ashlyn brought $60,000. Annisa won the senior two-year-old class at the Mid-East Summer National and stoof 4th at the International Holstein Show in 2012. Her new owners are Chelsea and Caitlyn Abbott of Fairfield, Vt. 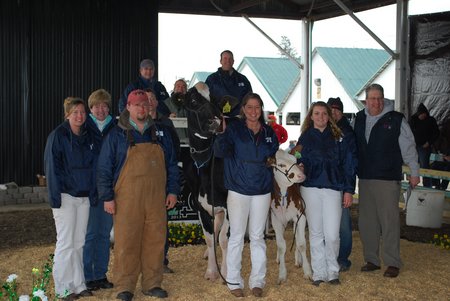 Second high seller was Lot 9, MS Apples Aleda-Red-ET, at $44,500. This December 1st model of Redburst-Red brought $44,500 and sold to Westcoast Holsteinss of Chilliwack, BC. She was consigned by Apple Partners of Lanark, IL.

Rounding out the top three Holsteins sold was a consignment from Golden Oaks Farm, Wauconda, Ill. Milksource Afrshk Ashley-ET, VG-89 at 2-08, has been a headline daughter of AFTERSHOCK and she was struck off at $36,700. Ashley is due in mid-May carrying an ultrasound female by Sid, and her dam, Milksource Goldwyn Africa-ET EX-92, was Grand Champion at the Midwest Spring National and WI Championship Show in 2012. 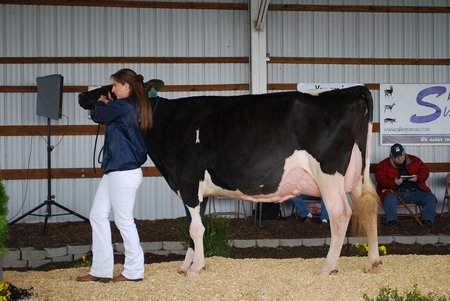 Another highlight from the day was the print canvas presented to the Abbott family from members of the ABS Global team, shown below. In addition, the Hill family presented the Abbotts with a statue of AFTERSHOCK. 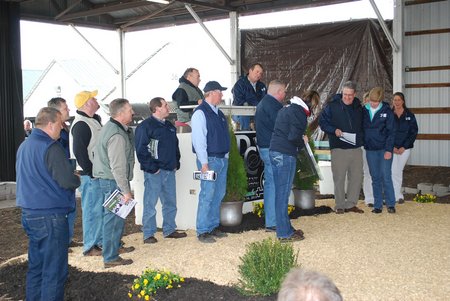 ABS staff presenting the canvas to the Abbott family 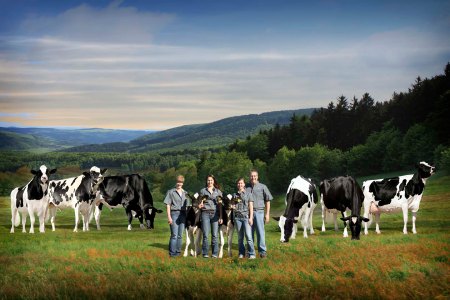 The print canvas presented to the Abbott family

Additional Photo highlights from the day: 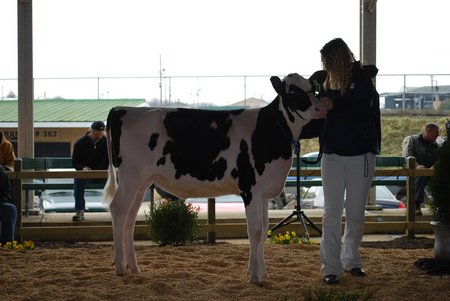 Thank you to Holstein World for the photos! For more information on St. Jacobs ABC and the Judge’s Choice, Breeder’s Choice and Red and White Holstein bull lineups, visit their website here.

This entry was posted on Thursday, March 28th, 2013 at 4:02 pm and is filed under BULLetins. You can follow any responses to this entry through the RSS 2.0 feed. You can leave a response, or trackback from your own site.